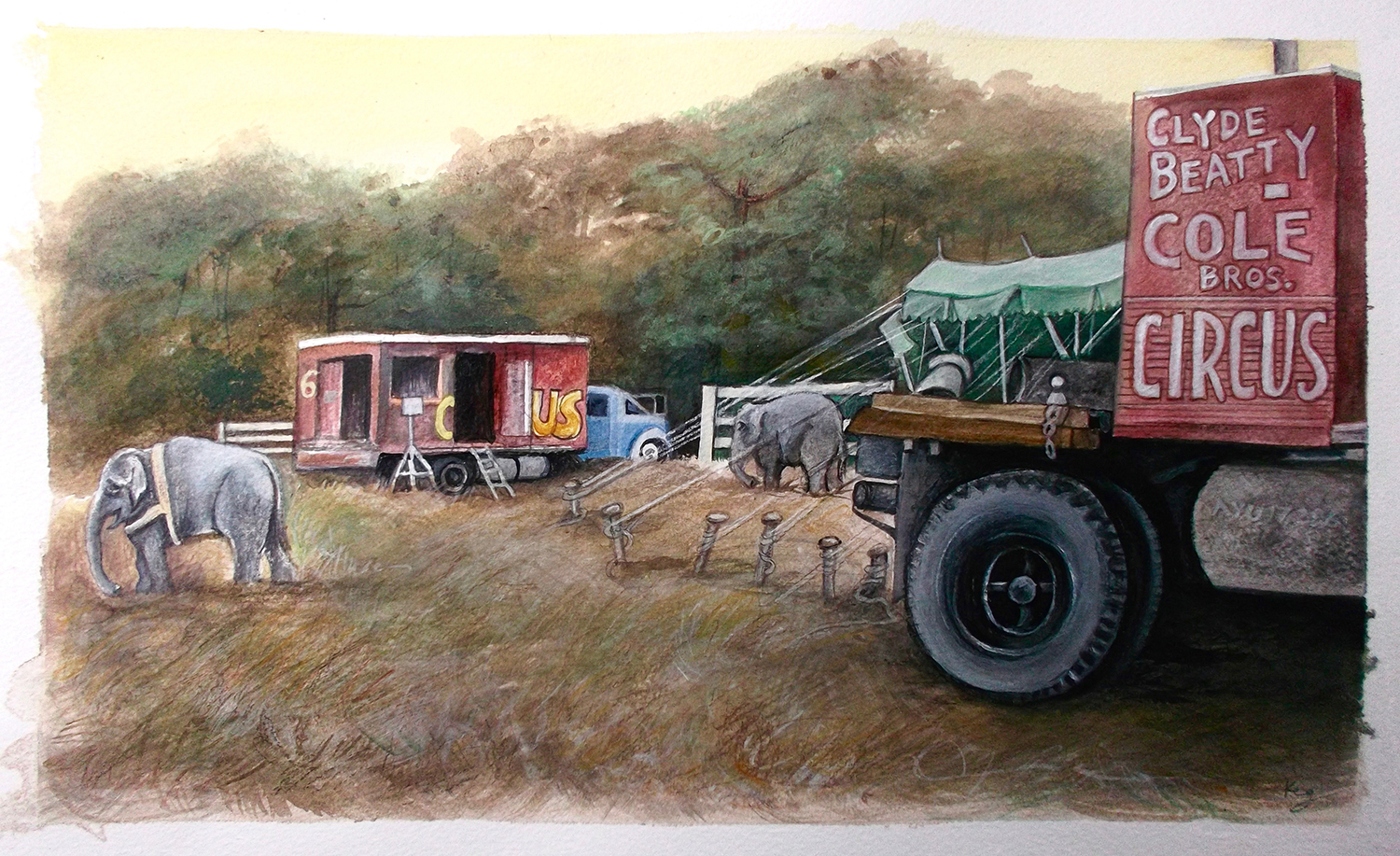 To showcase its current main gallery exhibit “The Avenue: A History of Washington Street” and draw attention to the prestigious circus school that operated there in the late 1970s, the Hoboken Historical Museum announced its upcoming Upper Gallery exhibition: “CIRCUS LIVES: Hovering Above, Balancing Below” by painter Karen E. Gersch.

The multimedia and family exhibition of the famous circus artist Gersch opens its doors on Sunday January 9 and continues until Sunday February 27, 2022.

Gersch is also an accomplished circus acrobat and teacher. On opening day, Sunday January 9 at 3:30 p.m., she will be giving a slide show / lecture on the Circus Arts Center that existed at 412 Washington. Gersch trained there as an acrobatic base or “understand” and spent 30 years “running around rings and stages with a woman on her head”. She will be joined by several of her colleagues at the time and footage of their actions will be shown.

The presentation of artist and acrobat Gersch is an exceptional opportunity to learn more about this unique and world-class circus arts school which is part of the fascinating history of Hoboken and which is well represented in the current exhibit in the museum’s main gallery, “The Avenue: A History of Rue Washington.”

For decades, when Gersch traveled with three-ring shows across the country and one-ring shows in Europe, his art supplies were his constant companion. During the day she practiced and played, at night she drew and painted. Several pastels and line drawings from life on the road are included in the exhibition.

The school, created and directed by Nina Krasavina and Gregory Fedin, provided most of the acts that made up the early years of the Big Apple Circus and oversaw the training of two dozen students who embarked on professional careers. Gersch captured portraits of his Russian teachers, as well as scenes from his decades of touring with shows. She works in a multitude of mediums and is part of private collections around the world.

Highlights of its exhibition history include several works in “Dusty Glory: The Circus in American Art” at the Cahoon Museum of American Art, alongside legendary circus performers Chaim Gross, Walt Kuhn and Reginald Marsh. In 2017, ten of his paintings were chosen to be part of the Smithsonian’s FolkLife Festival: “Circus on the Move” at the Arts and Industry Museum.